Record Text to Speech works with the Screen Recording feature of iOS to capture high-quality audio of Siri speaking aloud your inputted text. 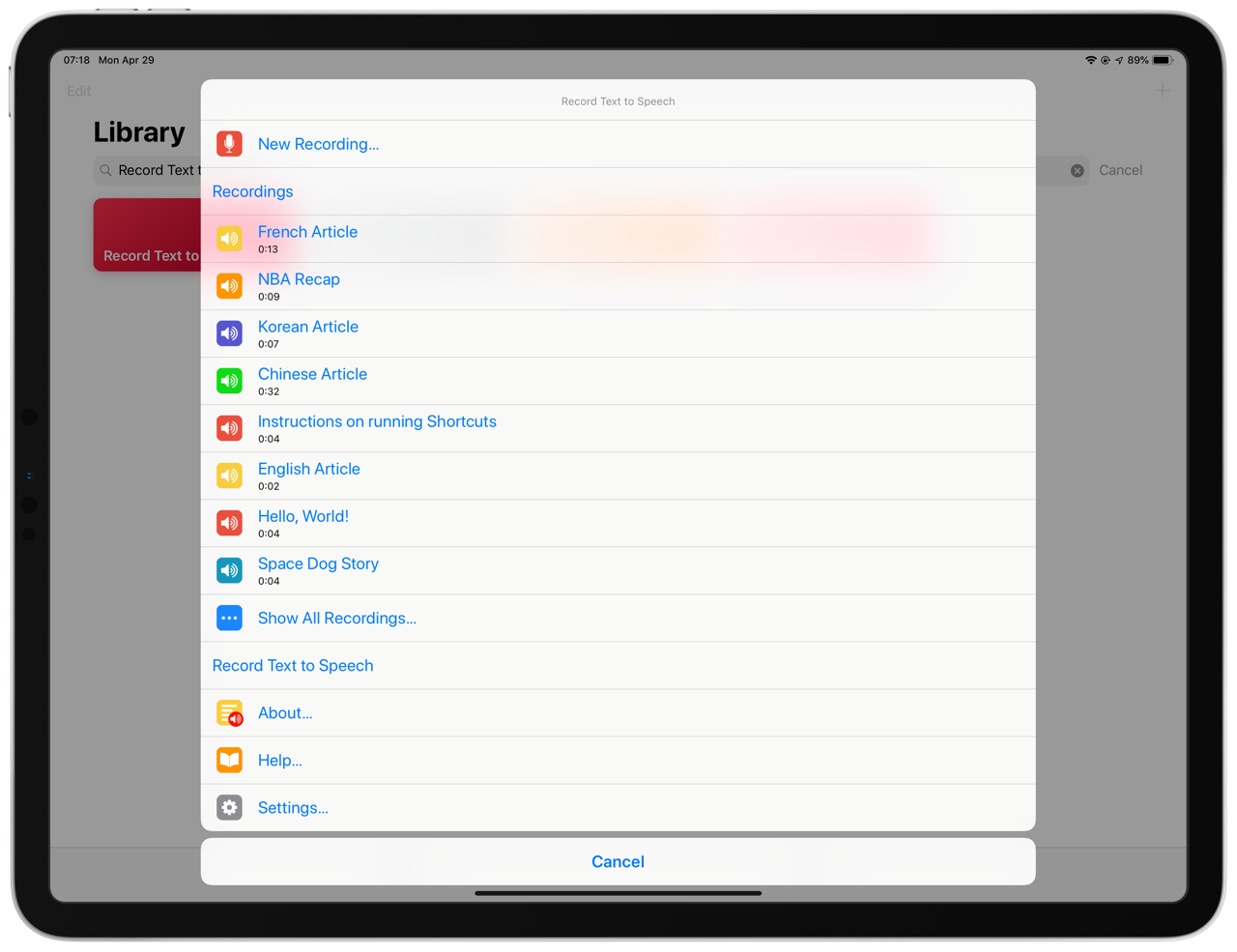 After recording, you can trim the audio prior to saving the audio file in iCloud Drive. Share them via email, text message, and other services from the standard Share menu.

Shortcuts also requires access to your Photos library, when your text to speech recordings are temporarily saved to. 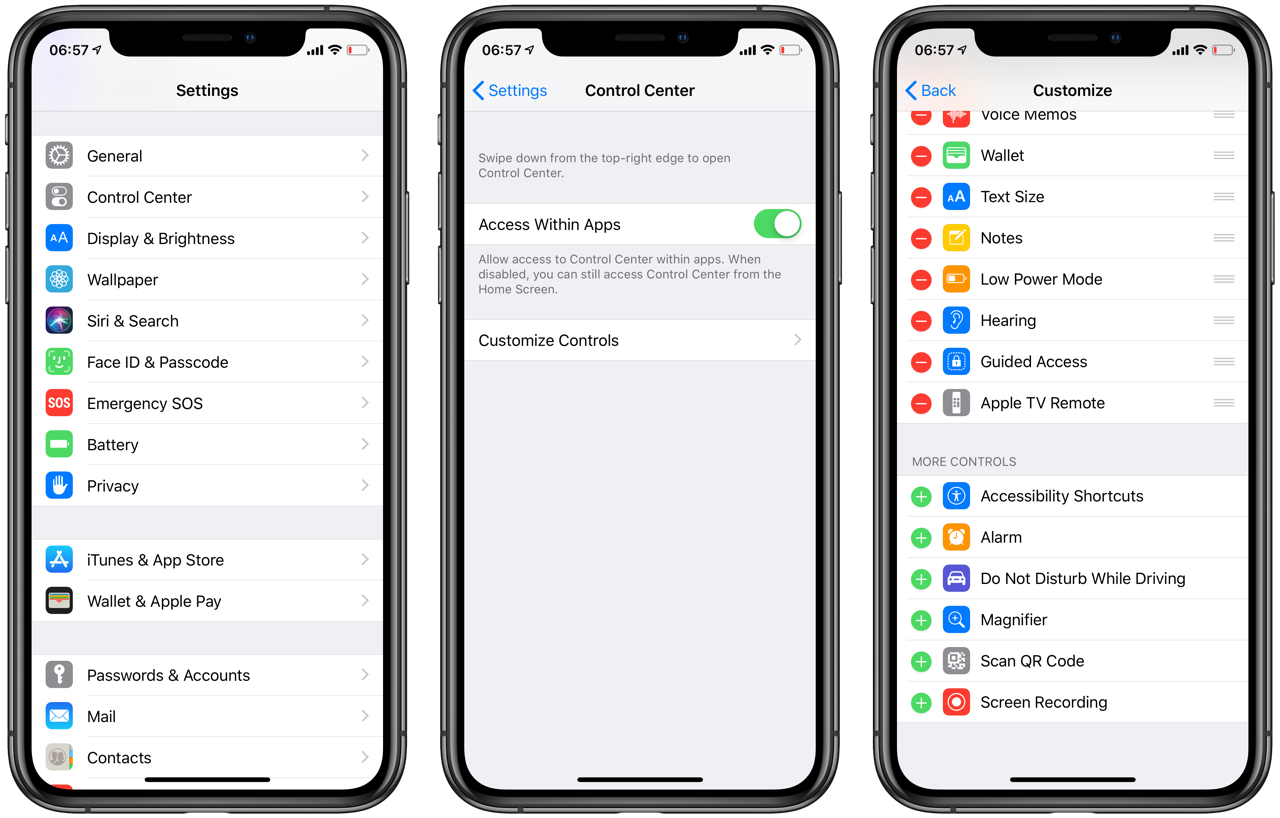 To access Control Center, swipe up from the Home Button if your iOS device has a Home button. Otherwise, swipe down from the top-left of the screen, usually where the battery indicator is located.

The Screen Recording Icon looks like a circle with a solid white filled circle in the middle. When recording, the circle will turn red, and a red pill-shaped button will appear in the iOS status bar. 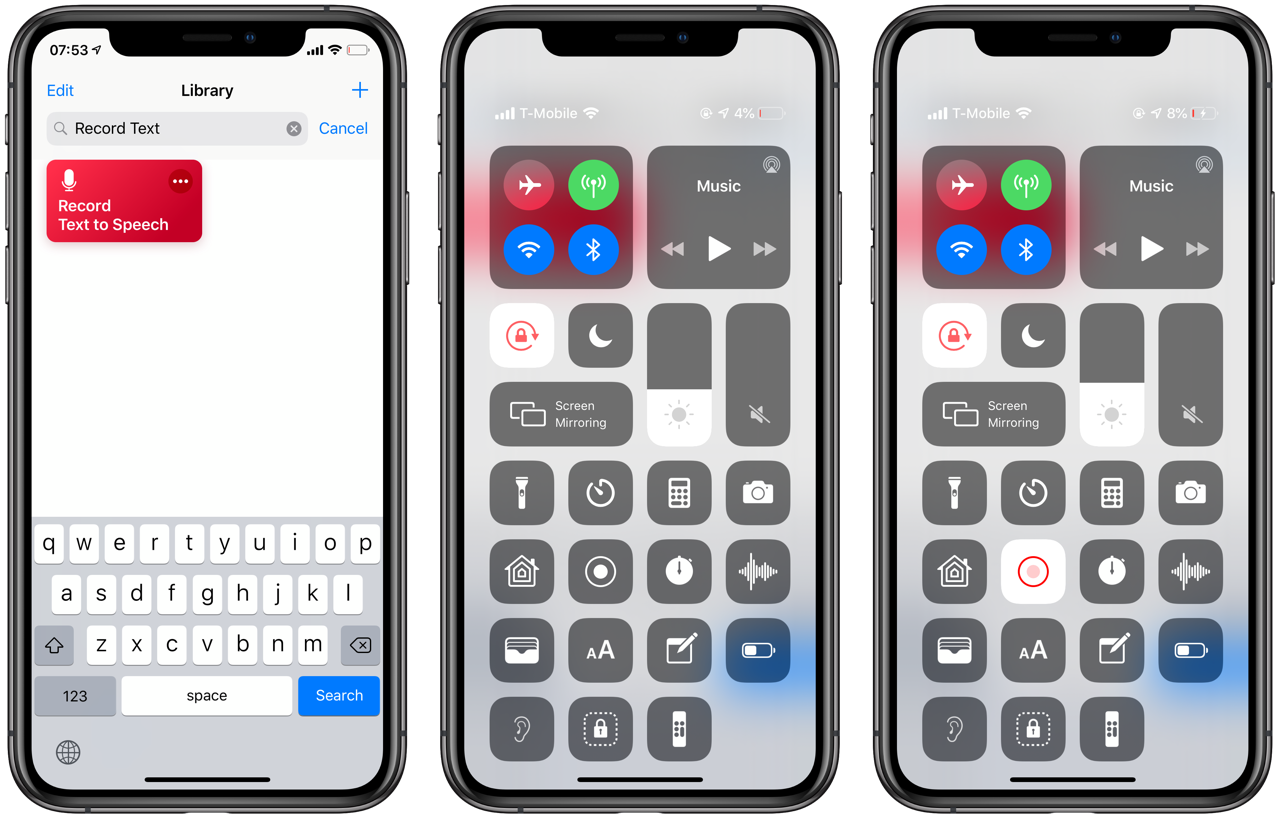 Creating Your Text to Speech Recording

Next, a menu will appear with the following commands to perform on the text to speech recording. The screenshot below shows the screens that appears when you choose the Save Audio command.

When you choose the Record Again, Save Audio, and Don’t Save commands, the Photos apps will prompt you to delete the Screen Recording that was just recorded. Files are saved in the iCloud Drive/Shortcuts/Record Text to Speech folder, so you don’t need the screen recording in Photos anymore.

When you open to the Record Text to Speech Home screen, you’re presented with the following sections of information:

Tap on a recording from the Recode Text to Speech Home screen to edit it.

In addition to running Record Text to Speech from the Shortcuts Home screen, you can access it from the Share Menu on Text and Rich Text in one of two ways:

Note: iOS must switch to the Shortcuts app in order for Screen Recording to properly record the text to Speech audio.

You can also invoke Record Text to Speech from other shortcuts by supplying it with a Text Action prior to calling the Run Shortcut Action.

Tap Settings from the Home screen to edit Record Text to Speech’s settings. 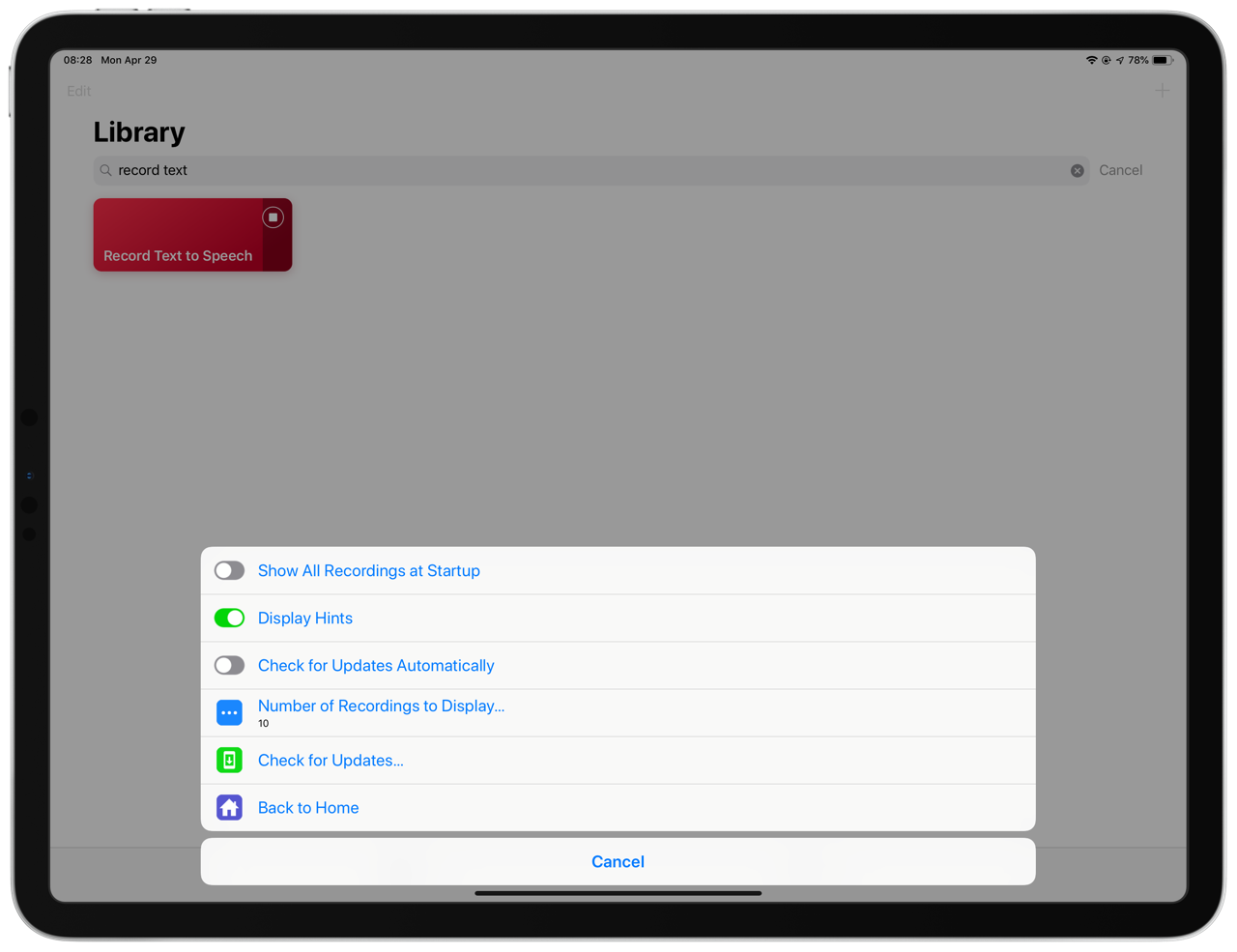 If you forget to start or end recording the Screen Recording, an error dialog will appear when you tap Done. You’ll have to re-record the text in order to save the recording.

Record Text to Speech was developed using the Shortcut App Framework approach to developing application-like shortcuts. This framework was also used to develop:

Learn more how you can create your own shortcut applications with App Framework here.

Permission is hereby granted, free of charge, to any person obtaining a copy of this software and associated documentation files (the “Software”), to deal in the Software without restriction, including without limitation the rights to use, copy, modify, merge, publish, distribute, sublicense, and/or sell copies of the Software, and to permit persons to whom the Software is furnished to do so, subject to the following conditions:

The above copyright notice and this permission notice shall be included in all copies or substantial portions of the Software.

THE SOFTWARE IS PROVIDED “AS IS”, WITHOUT WARRANTY OF ANY KIND, EXPRESS OR IMPLIED, INCLUDING BUT NOT LIMITED TO THE WARRANTIES OF MERCHANTABILITY, FITNESS FOR A PARTICULAR PURPOSE AND NONINFRINGEMENT. IN NO EVENT SHALL THE AUTHORS OR COPYRIGHT HOLDERS BE LIABLE FOR ANY CLAIM, DAMAGES OR OTHER LIABILITY, WHETHER IN AN ACTION OF CONTRACT, TORT OR OTHERWISE, ARISING FROM, OUT OF OR IN CONNECTION WITH THE SOFTWARE OR THE USE OR OTHER DEALINGS IN THE SOFTWARE.