I grew up in San Diego, and I lived there from the day I was born to the day I moved up to the Bay Area for college. SD’s a wonderful place to visit and live, with great beaches, beautiful weather, and a relaxing laid-back style to it. If your only impression of Southern California is Los Angeles, you owe it to yourself to visit San Diego! 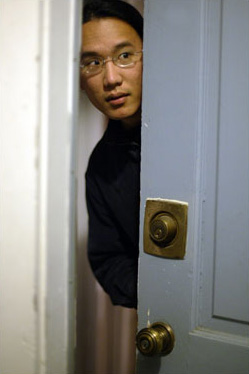 Currently, I am a Senior Producer at Re/code, a Web site devoted to news, analysis and opinion on technology, the Internet and media. I previously built and ran engineering at AllThingsD.com. In the past, I was a Reuters Digital Vision Fellow at Stanford University. Prior to that, I held various positions at startups and companies around the Bay Area.

Along with my wife, I produced, directed and edited Autumn Gem, a feature-length documentary on Modern China’s first feminist, Qiu Jin. From 2009-2013, we had over 120 screenings of Autumn Gem at universities, high schools and organizations around the world.

An avid photographer, I used to preside over the Camera Owners of the Bay Area, a user group in the Bay Area focusing on digital photography, from 2002-2009.

I graduated from Stanford University with a degree in Symbolic Systems. My focus was in human-computer interaction.

My interests are diverse: art, backpacking, cooking, dancing, cycling, photography, and martial-arts. Like everyone, I’ve got opinions and musings on a diverse range of subjects.

I have embarked on a number of adventures around the world, visiting places such as Hong Kong, Australia, Japan, Canada, England, Switzerland, France, and the epicenter of the world, Bakersfield, California. I share my travel and life experiences through photographs and the written word in my Digital Journal.